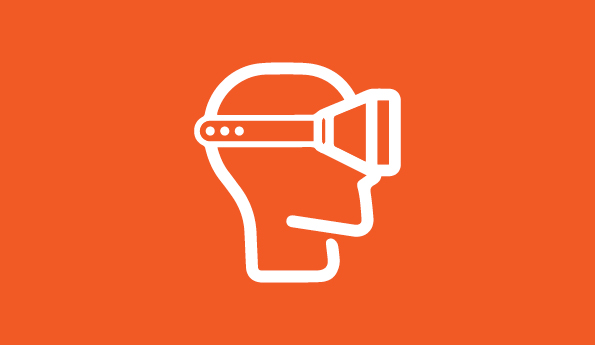 Augmented (AR) and virtual (VR) reality are often interchangeably used to describe these immersive technologies. AR allows us to overlay computer graphics onto our immediate environment, while VR gives humans the opportunity to explore a computer-generated world. In 2019, both technologies will become more powerful, allowing us to find new and creative ways to “naturally” explore virtual spaces.

Artificial intelligence (AI) is the technology built into AR and VR to help build smart, cognitive functionality into their apps. When it comes to AR, computer vision, an AI technology, allows computers to understand and label objects in the field of vision. Computer vision and other similar technologies will continue to develop and become more sophisticated.

Real Life AR Examples: The Snapchat and Instagram filters that allow users to overlay bunny ears and fun graphics on selfies is an example of AI technology combined with AR.

When it comes to VR, the virtual environments and the inhabitants within it, will also become more intelligent. The role of voice control will increase allowing the reduction of icons and menus within the virtual world.

Future VR Examples: Computer-controlled players in video games will became more intelligent as they react and adapt to an individual’s play style.

Trend 2 – AR and VR in Teaching

AR and VR provide great opportunities for students within a training environment. Students immersed in augmented environments can be presented with useful information such as objectives, hazards, and best practices.

Virtual environments allow students to train in all kinds of environments and situations without the risks associated with real-world training.

In 2019, significant developments to hardware and application development might mean that we see more VR adoption in homes. Currently, VR headsets have either had to be tethered to big, expensive computers that power the experience or have relied on low powered mobile tech that provides poor quality in graphics. With advancements in technology, both major players and startups will create VR headsets with a range of features and functionality.

As headset technology improves and more users purchase VR and AR headsets, it is likely that 2019 is the year for us to meet and interact with realistic representations of friends and family in virtual reality.

Real Life VR Examples: WeChat, the most widely used messenger app in the world, will be adding VR to its mobile messaging system. Facebook’s VR Spaces platform will allow users to meet and socialize in this environment.

AR in automobiles will provide users with key information that would have previously been viewed on a sat-nav or phone screen. In doing so, it has the potential to improve safety and increase comfort for drivers.

Real Life AR Examples: Nvidia’s DriveAR platform uses a dashboard-mounted display that overlays graphics on camera footage from around the car. The information points out useful details such as hazards and even historic landmarks along the way. WayRay, backed by Alibaba, will project AR data directly onto a car windshield, providing the driver with navigational directions, lane identification, and hazard detection.

As technology improves and vast developments are made to the hardware and software, 2019 will provide users with more effective AR and VR solutions.

Talk to us about how we can help you enhance your retail experience by sending us a note at ConnectWithUs@centralgrp.com